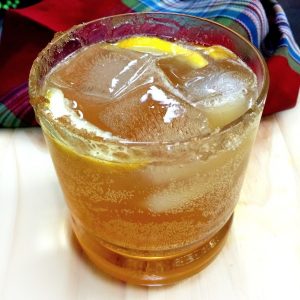 If you enter the fall season kicking and screaming, this drink may help. I get it, summer is a blast, but autumn is great too. This cocktail combines some of my favorite flavors: bourbon, maple, and ginger.

Before you get all weird about using Maple Syrup in your drink, remember that tons of drinks use simple syrup – essentially, liquid sugar – so this is no different, but doubly delicious.

Here’s how to make it yourself: (makes one cocktail, get ready to double it because you’ll want to share one with a friend!) 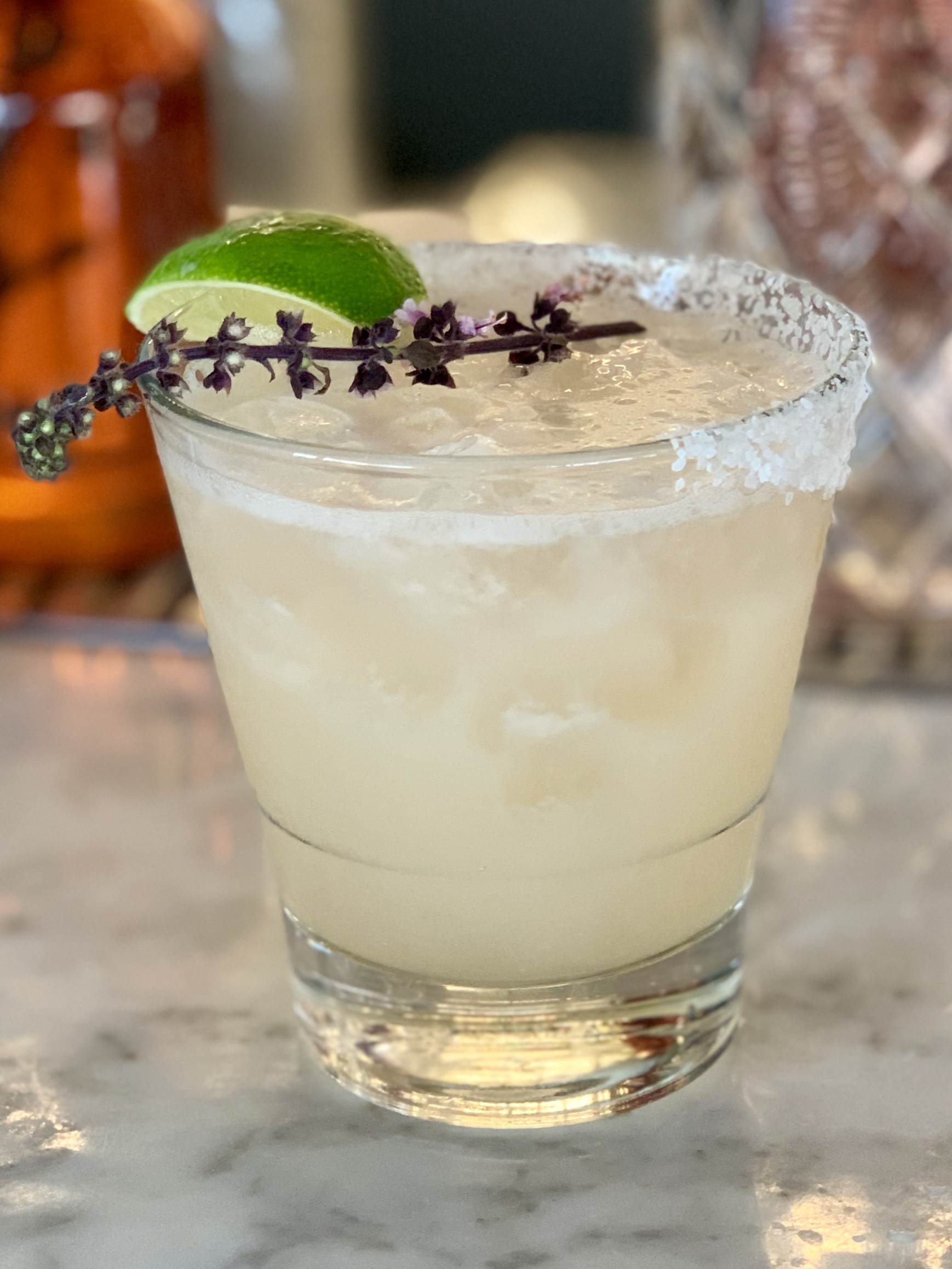 To me, this tops a margarita.

Whenever I step up to a bar, I immediately ask if they have mezcal. If the answer is yes, that’s where the fun begins.

Mezcal is made from agave. Where tequila is only made from BLUE agave, mezcal benefits from a broader range of agave, (plus its traditional preparation in small batches) it’s the smoky flavor that really makes this a standout.

According to Wikipedia: “The process begins by harvesting the plants, which can weigh 40 kg each, extracting the piña, or heart, by cutting off the plant’s leaves and roots.[12] The piñas are then cooked for about three days, often in pit ovens, which are earthen mounds over pits of hot rocks. This underground roasting gives mezcal its intense and distinctive smoky flavor.”

But let’s not get lost in science – let’s get drinking!

While better bars are now designing mezcal cocktails on their menus, essentially, I will ask them to replace tequila in any cocktail and replace it with mezcal. To me, the smokiness is THAT GOOD.

When I stepped into WeHo Bistro in West Hollywood, bartender Chase (@WolfStroganoff on insta) hooked me up with the best Mezcal Paloma I’ve had in recent memory. I drink enough that recent memory can be a very short amount of time, 😉 but it really was spectacular.

Here’s how he made it with the tweaks of mezcal instead of tequila and salt at my request:

At my request, salt.

Cuz WeHo Bistro is classy like that, an edible flower gets smacked right on top of it .

Cmon that thing is gorgeous.

The drink is one that’s easy to make at home, summery, fresh and crisp, and the smokiness makes it equally great in fall and winter.

Also try the WeHo bistro because that Greek Salad I had was crazy good. 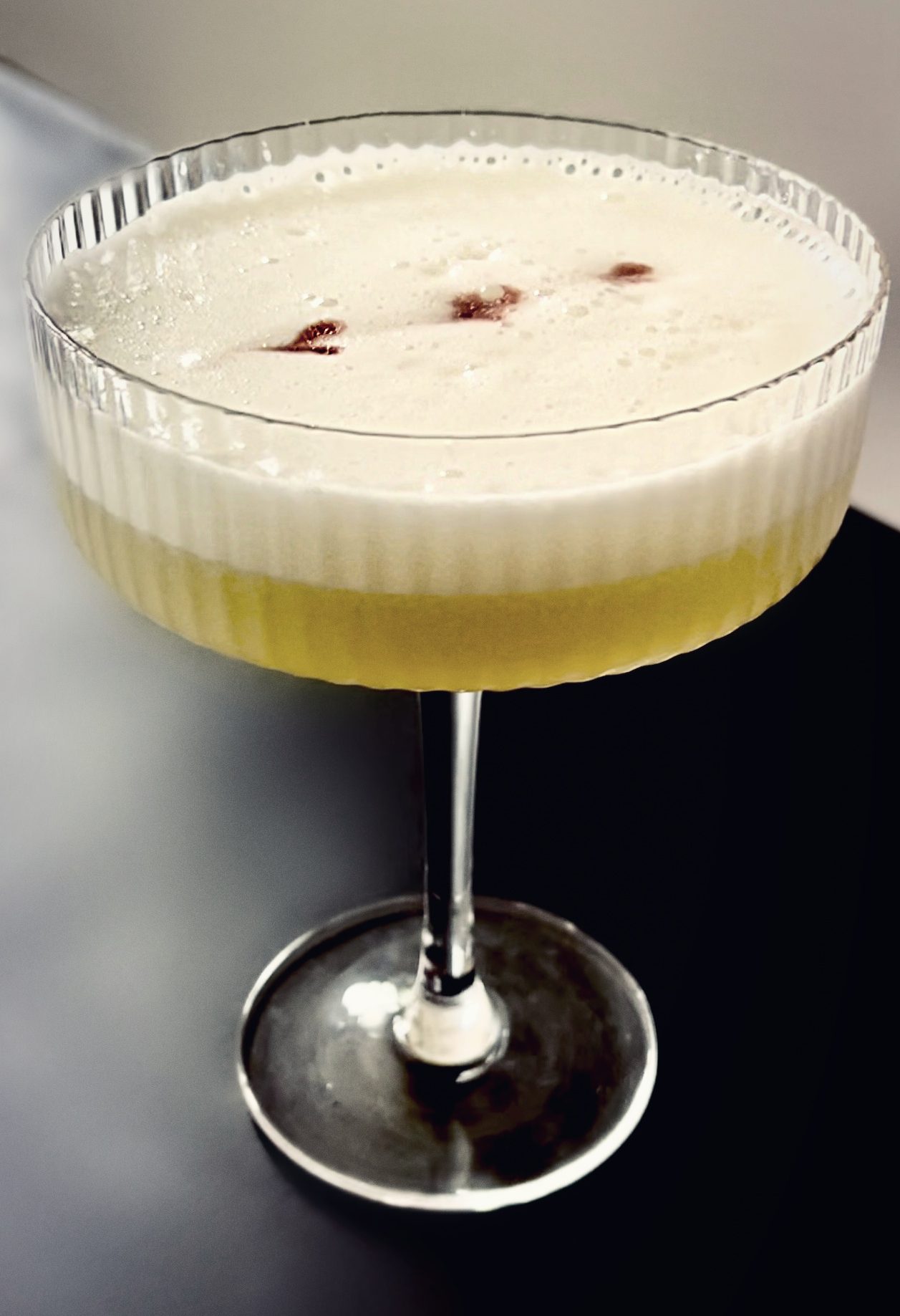 This is a cocktail classic you really should try. It’s just ‘extra’ enough without being a lot of work. Your friends and houseguests will be impressed because it’s not something people ordinarily order, so when they see you make one, they’ll be eager to try it.

SCROLL DOWN FOR THE INSTRUCTIONAL VIDEO!

And while this recipe – seen in the video below – DOES call for egg white, it also can be substituted for chickpea ‘brine’ or the liquid you find in a can of the beans. (Or, a powder version you can buy online.)

Watch the video and see how it’s done!!! I seriously love them!

A Delicious Pina Colada You Won’t Feel Crappy About Drinking 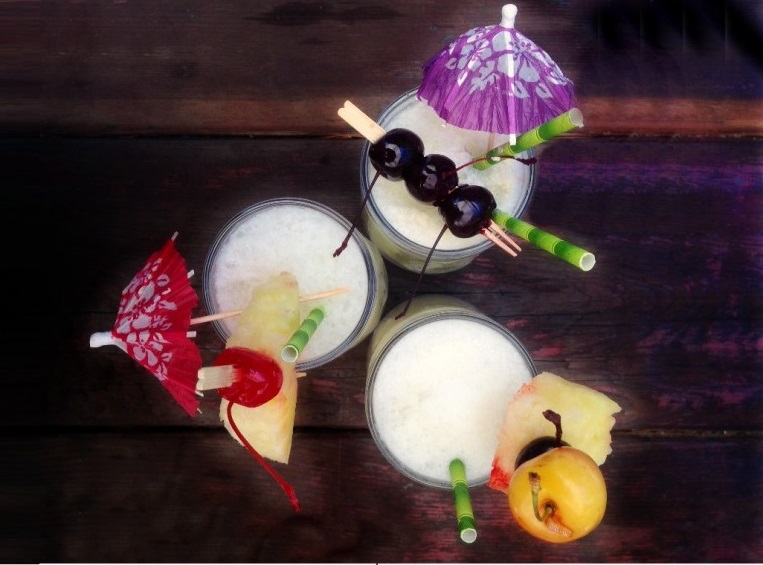 Half the calories… and just as good!

Every time I go on a beach vacation I order a PiñaColada – and every time I feel like I ate a big glass of sugar. Delicious, but was it worth it? Turns out, probably not. The average Piña Colada has between 300 and 800 calories! That’s why I set out to create one that is just as delicious but with a fraction of the calories. I am not kidding when I say this is a DELICIOUS PINA COLADA. It doesn’t taste like you’re sacrificing a thing! And trust me, I’m not one to say something that’s low calorie is delicious if it isn’t.

Here’s what you need: (This recipe serves at least four… below the recipe is a single serving breakdown that shows you how many calories you get for one serving.)

Blend all the ingredients together until smooth, and serve in a tall glass with the garnishes of your choice… cherries, pineapple slices, a spice of coconut… get creative! Enjoy this guilt free, delicious take on a tropical classic! Now… below is the breakdown of the calories per glass: For more recipes, follow @BrianBalthazar on twitter! 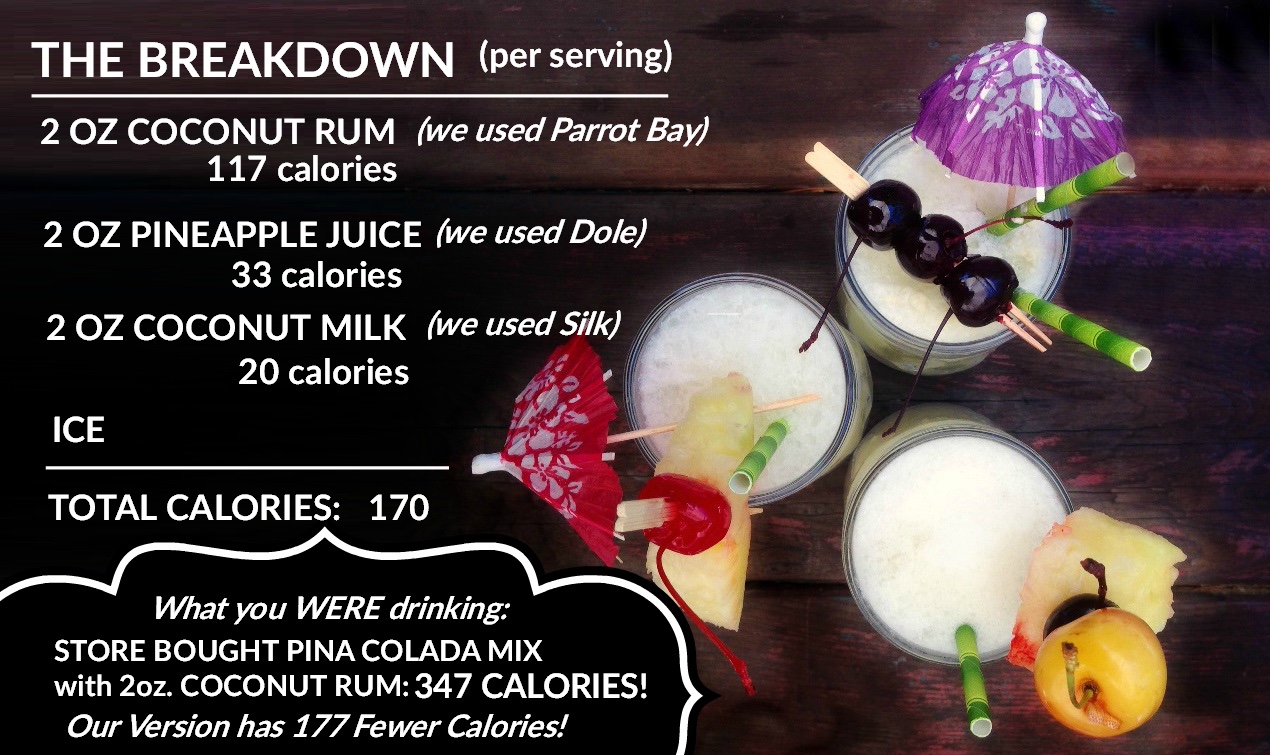 Make Scallops More! Here’s How… Including A Cheesy Cauliflower Puree That’s A Gamechanger.